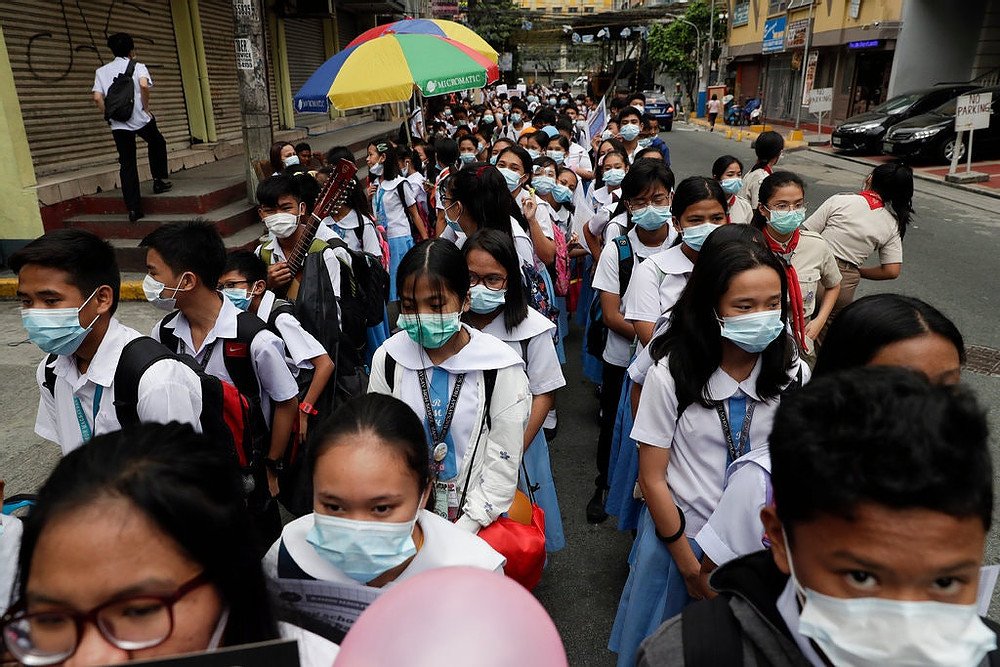 The Philippines in the time of the pandemic

The Philippines is among the high-risk countries greatly affected by the global pandemic, COVID-19. As quarantine hits its 10-month mark in the country, let’s take a look at how the pandemic changed the Philippines in different aspects.

The Philippines is currently experiencing its first recession in three decades, with a 16.5% decline in the Gross Domestic Product (GDP) during the second quarter and over P 800 billion loss in output value compared last year.

As stated in the data released by Philippine Statistics Authority (PSA), the main contributors to the decline of GDP were Transportation and Storage (59.2%), Construction (33.5%), and Manufacturing (21.3%). Household spending also declined as well as OFW remittance, which dropped 6.4% in the past few months due to the rising unemployment of Filipinos overseas.

Depending on how the virus will develop in the next few months or if vaccines will already be available, the Philippine economy has the risk of losing P 276.3 billion to P2.5 trillion, according to a state-run think tank. The economic contraction of the country will drop to 9.6 percent, according to Nolan Arbis, an HSBC economist.

According to Philippine Statistics Authority (PSA), the unemployment rate in the country rose to 17.7% which corresponds to 7.3 million unemployed Filipinos in the labor force.

Workers are mostly affected as establishments temporarily closed due to the quarantine. The 21 million workers in the country fall under the informal economy, which makes them vulnerable to the impact of the pandemic.

The unemployment rate eases down at 10% in July 2020 accounting to 4.6 million unemployed Filipinos which is 2.7 million lower than the recorded data in April 2020.

Several OFWS are also displaced overseas due to the pandemic. There are already more than 400,000 displaced OFWs, according to the data released last July from DOLE.

As the economy slowly reopens, there has been a small increase in the number of employed Filipinos. The full recovery of the labor market may still be far, but the effect and aftermath of the pandemic is still evident for almost every Filipino.

As the country faces a health crisis, it shows how the unaddressed issues on the education system become a bigger problem – education is not accessible to all, especially with distance learning as an alternative solution. Only 67% of Filipino households have access to the internet. Especially for those in remote areas, getting a signal will be difficult. Not to mention that not everyone has a laptop, tablet or any gadget to equip them for distance learning.

As classes push through, national enrollments dropped 27.3% compared to last year, according to the Department of Education (DepEd). Due to the impact of the pandemic, several parents decided to skip education for one year, not just for financial reasons but also for the safety of their children.

Teachers are also having a difficult time as guidelines from the department are still incomplete, and it will be hard to focus on the students, especially those who need more guidance in the learning process.

The air quality in the Philippines has improved in the first six weeks of community quarantine. According to the Department of Environment and Natural Resources (DENR), 80 percent of air pollution comes from vehicles, and 20 percent comes from stationary sources like factories and open burning. That is why the improvement is evident, especially in Metro Manila, where vehicles contribute 60 to 80 percent of the air pollution.

However, according to Kevin Yu, Greenpeace Southeast Asia’s climate and energy campaigner, the improvement on the air quality that the country is seeing is only temporary, and it will go back to its previous state once things go back to normal. Unless there are implementations to fight air pollution, the air quality in the country will still be the same.

Medical waste such as PPEs, disposable masks, gloves, tissues, are used and thrown every day and contribute to the millions of waste we dispose of each day. Proper waste disposal is especially important, as medical waste like these can impose health issues as well as environmental issues, if not disposed of properly.

As the whole world grapples with COVID-19, may this pandemic be the wake-up call that everyone needs to be able to address the issues, problems, and shortcomings overlooked in the pre-pandemic. And as COVID-19 continuously changes our lives, it’s time to adapt to the change and do it for the better of the nation and the whole world.

Although this pandemic has brought negative outcomes to us, it somewhat paved a way to bring positive things to us – cleaner air because of the quarantine, spending more quality time with family, and reflecting on the important aspects of life.