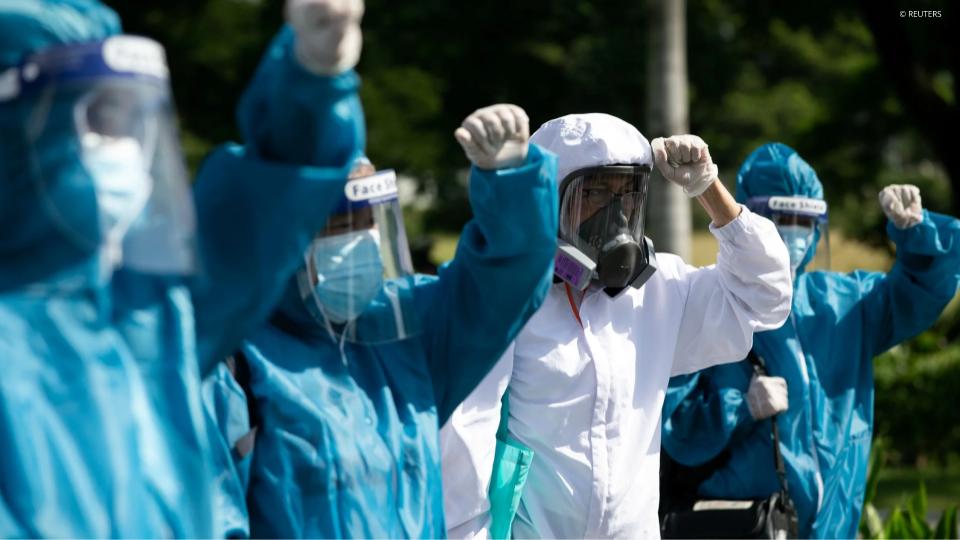 We Filipinos are known to be resilient. No matter what difficulties and calamities may come, we still remain tall and fight with a smile in our faces. And as our nation battles against a health crisis that results in different dreadful effects to the people and environment, how does one cope up with the struggles brought by the pandemic?

More than 20 million Filipinos are left unemployed because of the pandemic, and Noel is one of them. He works as a Key Account Specialist at Aventus Medical Care but was unfortunately laid off by the company due to the pandemic last March.

Since applying for a job is much more difficult now and his savings aren’t enough to pay his bills, Noel decided to start an online business. With just a 1000-peso capital, he opened Lagablab – a homemade chili-garlic oil from their family recipe.

However, despite his struggles and doubts, Noel never gave up. “Mas madali kasi sumuko, pero sino talo? Paano ang mga bills? Pamilya natin? Laban lang!,” he said in a post in the Facebook Page of his business.

Lagablab has been operating for almost seven months now. They started with 24 bottles, which were all sold in less than two days, and they gained resellers as well after tasting their products.

With distance learning as the proposed solution to continue education while face-to-face classes are still not allowed, many students find it difficult to comply with the requirements. Joebern, an incoming third-year Chemical Engineering student at the University of St. La Salle,  is one of the struggling students who have no laptop to use as the class resumes.

Joebern’s family is currently facing a financial crisis as his uncle, who served as his guardian, lost his job as a cashier in a fast-food store due to the pandemic. As a way to cope up with distance learning, Joebern joined the #PisoParaSaLaptop campaign, where students who lack resources to continue their education seek help through social media.

“It could be the hope and light for striving students like me who want to rise above the challenges in life. I want to graduate and look for a decent job someday to help my family and to look back on those people who helped me when I was nothing,” he stated in his social media post.

Even before the pandemic, he supports his education and helps his family financially by selling chips, biscuits, cakes, and candies to his classmates and teachers. Joebern graduated as a Valedictorian in Bacolod City High School and a Dean’s Lister at his current school.

Noel and Joebern are just some of the examples of how Filipinos remain defiance against the challenges in life. Even in the darkest moments, Filipinos always find a light to keep them going.

A hundred pages aren’t enough to record the resiliency of Filipinos during a crisis. In this  time of  pandemic, even though a lot of people are greatly affected, their resilience to stand up is still evident. Our victory against the pandemic may still be far, but the resiliency of our Nation is what makes us stronger.